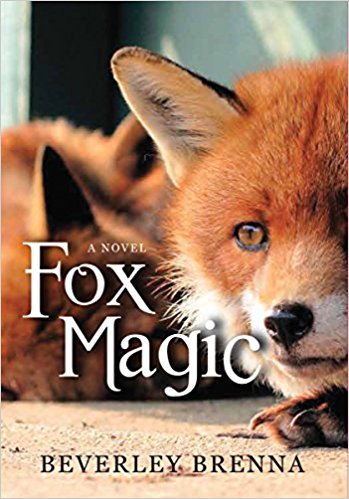 Opening: The week after the Bad Thing happened, Chance is back in school. She’s walking away from the water fountain and Monika is right there in front of her.  “She was my cousin, you know,” Monika hisses. “It should have been you.”

Synopsis: Chance Devlin and her two best friends make a pact to commit suicide. They dress in their best clothes and meet at a planned site. Chance changes her mind and runs home. She doesn’t tell anyone. Now her two friends have killed themselves. Chance struggles with grief, loss, and guilt that she didn’t tell anyone or try to stop them. Kids at school bully her and leave nasty notes in her desk and backpack: “Traitor. You’re better off dead.” She keeps the Bad Thing a secret, feels empty inside and escapes through sleep.

Enter her parents. They immediately get Chance into counseling, which is agonizing for her. Her therapist encourages her to write in a journal. Her father is my hero. He takes some time off so he can be at home with Chance, cook her pancakes for breakfast, drive and pick her up from school, make her exercise with him in fun and sometimes nerdy places. And he takes her to see her mom at work as a nurse in a neonatal unit, where she observes the tender and loving care her mother gives each newborn.  Her father shares with her a very important story.

A fox begins to magically appear in her Chance’s life. The fox, she names Janet Johnson, helps Chance to begin to get in touch with her grief, the past, her feelings, find her voice and move forward towards healing.  Is it her subconscious? I like Brenna’s sweet touch of magical realism as it allows the readers to decide for themselves what the fox symbolizes.

Why this book is on my shelf:

Brenna’s coming of age novel is brave and skillfully written. Each chapter is short and features pen and ink drawings to highlight each chapter. Suicide is a difficult but timely subject for older middle grade students that offers a wealth of opportunities for family and classroom discussions. This is a hopeful book.

Brenna doesn’t linger on the suicide pact or reveal the details of that night, which makes this realistic story very approachable for middle grade students. The story is told from Chance’s viewpoint. Readers will grow with Chance’s character as she deals with pain and grief and finds the courage and determination to move forward in her life. She’s authentic, honest and believable. There are many memorable characters that play supportive roles in her growth.

Brenna is from Saskatchewan where there many Indigenous children. I like how she includes both “First Nation and Metis” beliefs in Chance’s classroom as the students talk about school bullying and come up with clever solutions. This classroom interaction plays another important role in Chance’s healing.

Resources: There is an excellent interview with Beverley Brenna with discussion questions, an afterword with a mental health professional, and resource links. Brenna has prepared a teacher’s guide on her website for use in the classroom.

Beverley Brenna is the author of the award-winning Wild Orchid series, about a girl on the autism spectrum. She teaches at the University of Saskatchewan in Suskatoon.

Book Synopsis: Cheerleader, soccer player, honor roll student. One of the good kids at her middle school. Then on an unremarkable day, Paige disclosed the one thing that made her “different”: her HIV-positive status. Within hours, the bullying began.  They called her PAIDS. Left cruel notes on her locker. Talked in whispers about her and mocked her openly. She turned to school administrators for help. Instead of assisting her, they ignored her urgent pleas…and told her to stop the drama. She had never felt more alone. One night, desperate for escape, Paige found herself in front of the medicine cabinet, staring at a bottle of sleeping pills. That could have been the end of her story. Instead, it was only the beginning.

Why I like this book: Paige Rawl and Ali Benjamin have written a realistic, raw, brave and powerful memoir about a teen living with HIV since birth. Although Paige is stable on medications, HIV is such a sensitive subject and tough diagnosis for a teen to deal with — especially when her best friend betrays her. Once Paige’s secret spreads like wildfire at school, the bullying begins. This is one of the best memoirs I’ve read this year. It is a real page turner that I could not put down. Although what happens to Paige is heartbreaking, her courage to reclaim herself and move forward is inspiring. You will find yourself rooting for Paige as she finds a voice she didn’t know she had. Her memoir is written in short chapters and is well-paced. Her voice is strong and determined. In sharing her story, she encourages other teens to find their inner strength in the midst of any storm. And her experience has made a difference for others.

Resources: There is extensive information and facts about HIV, bullying and suicide.  She shares information on programs for kids who are touched by HIV/AIDS, a National Suicide Prevention Lifeline and programs to stop bullying.

Our 20-year-old grandson became a casualty of war, on Thanksgiving Day 2009, when he took his own life.   He suffered from Post Traumatic Stress Disorder (PTSD), and the horror of war had left its mark.  He had returned safely in October from his year-long deployment in Baghdad with the U.S. Army, and our family was overjoyed.   He took pride in his work, was a leader, and the unit clown who lifted the spirits of his unit when times were tough.  During President Obama’s visit to Baghdad in the summer of 2009, he was part of the detail.  He was buried with full military honors and his parents and brothers were treated with compassion.

How do military families deal with such an enormous tragedy, especially when it is suicide?   There is grief, anger and shock, but also an added concern about what people will think.  I serendipitously  saw a CNN  interview with a father who had lost his son to suicide in Baghdad five months before our loss.  I  e-mailed the father, who replied immediately.  He made some calls, and that evening someone contacted us  from the Tragedy Assistance Program for Survivors  (TAPS).  The director of the Suicide and Education and Outreach Programs talked with me and gave me her phone number over that holiday weekend.  I was impressed at how quickly TAPS responds to families.  At the time, my goal was to collect as much information as possible for our son and his family.

TAPS is a non-profit organization that provides grief support to families of fallen military personnel.   They work with families who have experienced loss in various ways– from combat, suicide, terrorism, homicide, negligence, accidents, and illness.  Their site is filled with important information.  TAPS mails a Survivor Care Package to each family.  They operate a telephone crisis intervention number 24/7,  have online connections with survivors, peer support, counseling, resources, publications, and videos.  Most important they offer Good Grief Camps for young survivors.    TAPS has a book,  A Kids Journey of Grief, TAPS Edition, which is made available to children dealing with grief.   We have received the informative  quarterly TAPS Magazine for over a year now and are impressed with the quality of the expert information, that include articles on surviving the holidays, helping children cope, keeping family rituals alive, adjusting to a new normal, forgiveness, and resilience through humor.

Grief Camp for Young Survivors in Washington, D.C.   Parents and children attend their own programs.  There will be leading professionals in the grief and trauma field together with survivors nationwide to share a weekend of understanding, hope, courage, and love.   Attendees meet other survivors and share the journey, and loved ones are honored on Memorial Day.   Workshops will include understanding complicated grief; coping with new family dynamics; special issues facing children, parents, siblings and significant others; and recognizing post traumatic stress in the family.  There is a nice return each year of people who have benefited in the past and come to support new attendees.  TAPS also sponsors regional  Good Grief Camps for children and Survival  Seminars  across the country.  It will be a weekend that will touch and strengthen  many hearts and spirits.   Attending means becoming a member of a larger family who can help you  move forward.

There are other organizations I want to mention that were of great help to us.  Military Families United  is another wonderful organization that quickly reached out to us.  Merrilee Carlson, Gold Star Mother and President, wrote me e-mails for weeks.  Known to everyone as “Shrek’s Mom,” we shared similar experiences, and her support was priceless.   They also sponsor Camp Desert Kids, a camp designed to help children understand military deployments. They deploy the children on the home front.  It is a fun camp with a unique concept that is well attended.

The U.S. Army has launched a campaign to reach soldiers at risk.   If you click on the link, you will see a moving video,  “I Will Never Quit on Life,” designed to promote health, risk reduction, and suicide prevention.   There also is a book available to soldiers, The Home Front, available through the Army Suicide Prevention Office.

In a future post, I will review books that will help children deal with grief and military deployments.